“This is a short period in your life that’s going to be awkward and uncomfortable, but it’s not permanent.”

This is an important message Leanne Flanagan has for parents whose children have to wear back braces in order to prevent the progression of the curve in their spines as a result of scoliosis. Her daughters, 14-year-old Meghan and 12-year-old Lauren, have both been diagnosed with scoliosis and currently wear braces.

“I have always said, ‘This will make you stronger, because you will know what it’s like to deal with something that most people never have to deal with, and this is going to go away and you’ll move on,’” added Leanne.

Diagnosed with scoliosis herself as a child and living with it still today, Leanne has always paid close attention to her daughters’ spines, making sure doctors were aware of any possible scoliosis. But it wasn’t until Meghan was starting seventh grade that a physical therapist noticed a curve in her spine.

Shortly thereafter, Meghan had an appointment with Jill Flanagan, MD, Orthopedic Surgeon at Children’s (no relation to the family), and was diagnosed with an approximate 25-degree curvature.

“Meghan has adolescent scoliosis, which is a condition that begins in childhood,” Dr. Flanagan said. “Just as a 60-year-old with a hip condition is best served by a doctor who treats adults, a middle school child is best served by a pediatric-trained orthopedic surgeon. Not only do we have more knowledge, experience and specific training with the condition, but we work well with families and generate good rapport and trust, which are equally as important for clinical success.”

“This will make you stronger, because you will know what it’s like to deal with something that most people never have to deal with.”–Leanne Flanagan, mother of Meghan and Lauren

Meghan was prescribed to wear a Boston brace, which is supposed to be worn 16 to 18 hours a day to help stabilize her spine. She has about another year before she may be able to stop wearing it, as patients typically quit wearing a brace once they are done growing.

“Depending on the amount of growth a child has remaining, scoliosis curves between 20 and 40 degrees have increased risks of progression,” Dr. Flanagan explained. “If they are detected early, we may be able to intervene with treatments, such as bracing with Meghan, and prevent curves from ever progressing. Without early detection, some curves will only be seen when a child is grown, and in those circumstances, they will need to undergo surgery.” 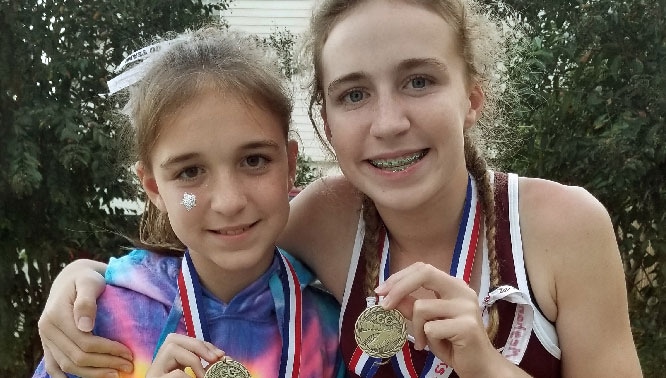 Not long after Meghan’s diagnosis, Leanne scheduled an appointment with Dr. Flanagan to have her youngest daughter, Lauren, checked out as well. “I wanted to keep an eye on Lauren since we had seen Meghan’s curve change so significantly,” she said.

In early 2018, Lauren met with Dr. Flanagan, who discovered she had a 12-degree curve. By July of that same year, the curvature had progressed to 21 degrees, so Lauren was prescribed to wear a brace each night. Like her sister, Meghan, she will continue to wear her brace until she is done growing.

“I have numerous sibling pairs that I treat,” Dr. Flanagan said. “I have also found that the curves behave and appear very differently among siblings.”

“Not only do we have more knowledge and experience and specific training with the condition, but we work well with families and generate good rapport and trust, which are equally as important for clinical success.”–Jill Flanagan, MD, Orthopedic Surgeon

One thing Leanne believes has also helped the curvatures in her daughters’ spines continue to improve is their level of physical activity. Both girls run cross-country and enjoy rowing, and they continuously keep their bodies in motion—something their mother does daily as well to keep herself healthy even while dealing with scoliosis. 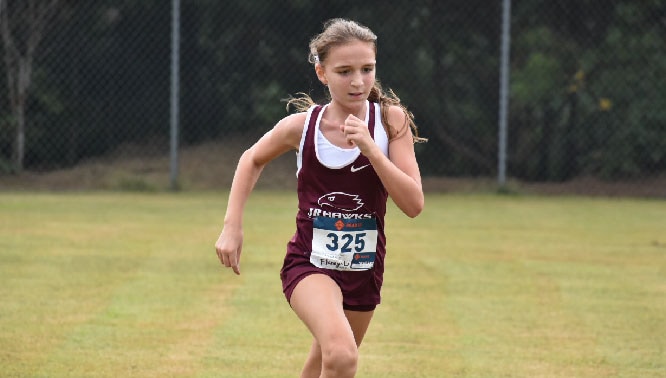 “When I was 18, and at my one of my last back doctor’s appointments, he told me that I need to stay physically active the rest of my life to help keep my back healthy, and that just kind of stuck with me,” said Leanne, who also teaches P.E. and coaches her daughters’ cross-country team. “I like to be active and I like to see my kids be active.”

She is thankful for the orthopedics team at Children’s and for them being so consistent with the care for both her daughters.

“I think Dr. Flanagan understands I’m going to do everything in my power to make sure she never has to take a scalpel to my kids,” Leanne said. “And, Leigh Davis, [MSPO, CPO, LPO, FAAOP, Children’s Orthotist/Prosthetist] and her team have been wonderful. She understands that it’s hard for these kids to have to wear a brace during an awkward stage in their lives and is great at making them understand that this is just a time in their lives that will be over quickly."

In the meantime, Meghan, who Leanne describes as very competitive, determined and sometimes stubborn, will continue enjoying running and playing the clarinet, while Lauren will maintain her love of rowing, and playing the violin and banjo, and being an all-around happy, sweet and loving child.

Jill Flanagan, MD, is a Pediatric Orthopedic Surgeon at Children’s Healthcare of Atlanta with expertise across the spectrum of pediatric orthopedic surgery, including limb deformity and limb lengthening, osteogenesis imperfecta and orthopedic trauma. Dr. Flanagan received additional training in Baltimore, Md., at Sinai Hospital at the International Center for Limb Lengthening and is trained in advanced techniques and technologies, such as using the Taylor Spatial Frame, TL-Hex frame and PRECICE nail.