The Future of IBD Treatment at Children’s

Dr. Subra Kugathasan, a pediatric GI physician at Children’s is on the front lines developing new treatments for inflammatory bowel disease. Through a collaboration between Children’s, Georgia Tech and the Center for Immunity and Applied Genomics, Dr. Kugathasan was able to use genetic testing to cure a patient’s Crohn’s disease. 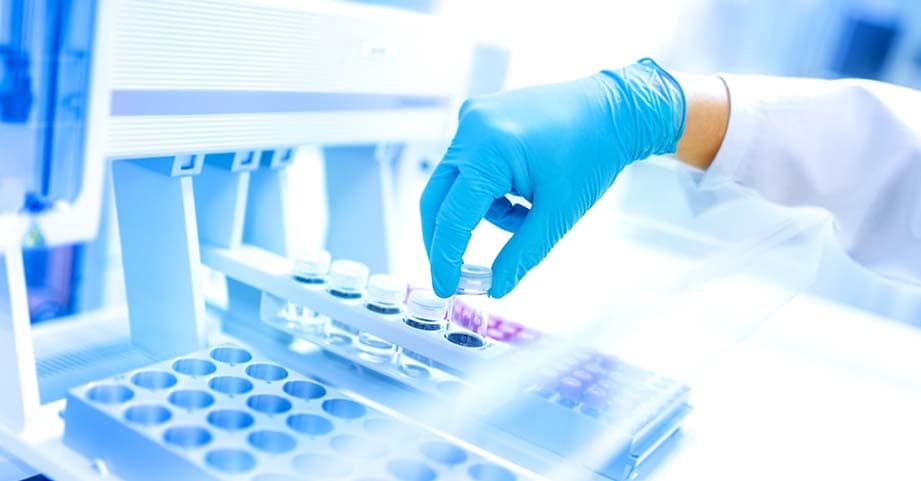 Tripp Wilson was just 4 years old in 2011 when a colonoscopy confirmed that he had Crohn’s Disease. An inflammatory bowel disease (IBD), Crohn’s is chronic and, as Tripp’s family quickly discovered, is challenging to treat.

“IBD is not a killer disease like cancer, so we traditionally use more conservative treatments first, such as anti-inflammatory drugs or corticosteroids, which are typically used to reduce inflammation without really treating the cause of the disease. Unfortunately, around 80 to 90% of patients don’t respond to first-line treatments. Many eventually need surgery,” says pediatric gastroenterologist Subra Kugathasan, MD.

Tripp’s condition was especially complex. At the start of treatment, he was prescribed numerous medications, each with their own harsh side effects. And he had almost a dozen surgeries, including an ostomy procedure that circumvented the rectum and delivered waste to a bag attached to his abdomen. Yet, no matter what doctors tried, nothing seemed to relieve his symptoms.

Ulcers, bleeding, puss and inflammation in the bowel — the side effects of Crohn’s can cause anemia, malnutrition, weight loss, impaired growth and a variety of other painful issues that greatly impact a child’s quality of life. Tripp was no exception. He was constantly in and out of the hospital with one complication after the next. And for three years, he was unable to go to school. Dr. Kugathasan knew there had to be a better solution.

One of the reasons Crohn’s Disease is so challenging to treat is that the exact cause of the disease is unknown in almost all cases. “We believe Crohn’s is most often caused by an interaction between genes and the environment, but we don’t know for certain what that interaction is,” says Dr. Kugathasan. What we do know now thanks to a previous research discovery is that, in less than 1% of patients, Crohn’s occurs because of a specific gene mutation. That gene is NCF4.

Dr. Kugathasan had a suspicion Tripp’s disease may be one of the rare ones with an identifiable genetic link. To confirm the hunch, he partnered with Greg Gibson, PhD, professor and director of Integrative Genomics at the Georgia Institute of Technology and co-director of the Children's Center for Immunity and Applied Genomics. The only way to know for sure was to send a sample of Tripp’s DNA off for genetic testing. “It came back positive for the NCF4 mutation,” says Dr. Kugathasan.

Thanks to the Children's Center for Immunity and Applied Genomics collaboration between Children's, Emory University and the Georgia Institute of Technology, researchers were able to identify this unique genetic mutation. It was this discovery that led physicians to a treatment that would precisely target that mutation.

“We found that this particular genetic mutation responds to a stem cell transplant,” says Dr. Kugathasan, the co-director of the Children's Center for Immunity and Applied Genomics. “One of our goals going forward is to identify the genetic makeup and immune function of more patients like Tripp so that we can give them tailored treatments rather than the one-size-fits-all approach.”

With Collaboration, a Cure

Although stem cell transplant seemed to be the best option for Tripp, choosing this challenging treatment for their child was not a decision his parents took lightly. “We talked to the family a lot about the pros and cons of stem cell transplant. There are risks involved, including severe and potentially fatal side effects like graft-versus-host disease. It’s not an easy decision,” says Dr. Kugathasan. “It took about eight months, but the family finally decided that Tripp had no quality of life. They chose to pursue curative treatment.”

Dr. Kugathasan turned to his colleagues within the Children’s Blood and Marrow Transplant (BMT) Program at the Aflac Cancer and Blood Disorders Center to help him make this treatment possible, collaborating with Shanmuganathan Chandrakasan, MD, a hematology and oncology specialist. “We also tested Tripp’s liver and kidney function and did other tests to be sure he was a good fit for this aggressive treatment,” Dr. Kugathasan added.

The next step: finding a stem cell donor who was a good match. “We were able to find a perfect match for Tripp,” says Dr. Kugathasan. “So we felt comfortable his outcome would be positive.”

After approximately 60 days, with some ups and downs along the way, the BMT took effect and Tripp began to improve. He required immunosuppressive medication and steroids for several months after the treatment, but today Tripp is disease-free and off of the medications entirely.

“I just saw him in clinic and he is doing well. He is now 17 and he is growing and gaining weight,” says Dr. Kugathasan. “He is now cured of his Crohn’s Disease and we are working to reverse the ostomy.” Tripp is one patient. One success story. But his positive outcome opened the door for other patients like him. Because of Tripp, doctors more readily consider that a patient’s disease may have a genetic cause. And they know that stem cell transplant can be an effective way to cure this type of Crohn’s Disease. Over the past ten years, nearly 50 patients have received precision treatment leading to the complete resolution of IBD.

There has been a significant shift in the way all Crohn’s Disease is treated since Tripp was first diagnosed. Rather than turning first to traditional treatments like medications that suppress the immune system, Children’s doctors are instead using drug therapies called monoclonal antibodies. These medications target specific inflammatory molecules identified as contributing to conditions like Crohn’s.

“In our practice, we start first with the best available medication at the time of diagnosis,” says Dr. Kugathasan. “We’ve seen a lot of improvement in our patient population. With new targeted therapies, patients often have a good quality of life. It’s a good time for IBD treatment.”

The only program of its kind in the southeast, the Children's Center for Immunity and Applied Genomics allows physicians and researchers from Children's Healthcare of Atlanta, Emory University and the Georgia Institute of Technology to work together to advance the use of genomics so that patients with chronic conditions like IBD can benefit from this type of precision medicine. By understanding the root cause of disease, a cure is more likely.

Subra Kugathasan, MD, is a Pediatric Gastroenterologist at Children’s Healthcare of Atlanta who specializes in caring for children and adolescents with inflammatory bowel disease (IBD). Dr. Kugathasan earned his medical degree from Jaffna Hindu College in Sri Lanka. After obtaining his medical degree, he completed his residency at Sinai Hospital of Baltimore, fellowship at Rainbow Babies and Children's Hospital in Cleveland, and internship at University Hospital of Wales. In addition to providing patient care, Dr. Kugathasan serves as a Professor of Pediatric Gastroenterology and Professor of Pediatrics and Human Genetics at Emory University School of Medicine.