Jojo is an Honorary Construction Manager for Children’s at Arthur M. Blank Hospital. He continues to amaze his physical therapists during Robotics Rehab appointments while beginning his scoliosis treatment journey.

Joseph Alonge, or Jojo as he’s known to most friends and family, was diagnosed with a spinal tumor just three days before his second birthday.

His mother, Toyin Alonge, had noticed that he was walking with a limp and was not able to sit with his legs criss-cross like the rest of his classmates at daycare. She took Jojo to the Orthopaedics and Sports Medicine Center at Children’s Healthcare of Atlanta, where an MRI revealed the spine tumor.

The now 8-year-old is working hard at his Robotics Rehabilitation appointments at Children’s Scottish Rite Hospital twice a week to work on the physical regressions that his tumor caused. He focuses on improving his balance, walking gait and core strength. Despite his tumor recently beginning to grow again, Jojo is continuing to wow his care team.

“When his tumor did reoccur, I expected to see a lot of setback in functionality, but it's a testament to how hard of a worker he is and how great his family is that Jojo didn't have much setback functionally,” said Megan Washburn, a Physical Therapist at Children’s.

“He's now able to jump, run and hop, which he wasn't able to do a few years ago. My goal is to make sure he can keep up with his friends on the playground and join any sports team he may be interested in,” said Washburn.

Jojo’s spine tumor has now begun to cause a spinal curve called scoliosis. Under the care of the Orthopedics and Sports Medicine Center team at Children’s, he wears a spine brace to help prevent the curve from increasing in severity and to reduce the risk of spine surgery in the future.

The joyous, smiley young boy has Hope that all his dreams will become a reality as he continues to work hard in his therapy sessions.

Lex receives chemotherapy treatment for high-risk acute lymphoblastic leukemia at the Aflac Cancer and Blood Disorders Center of Children’s. He is an Honorary Construction Manager for Children’s at Arthur M. Blank Hospital. 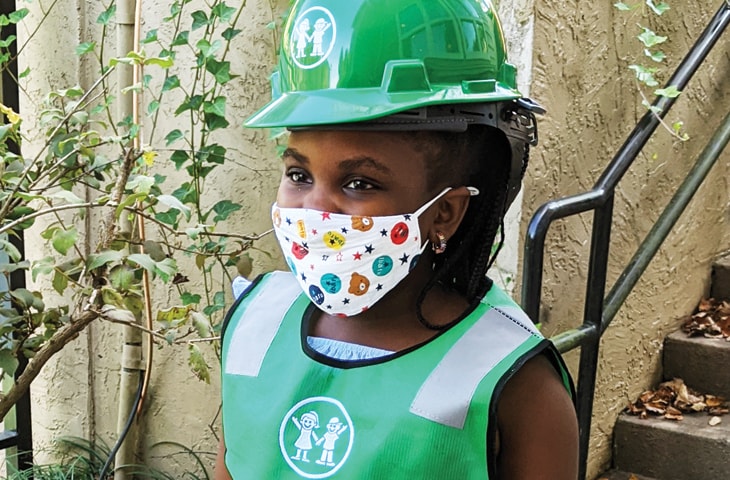 Ariella-Faith underwent a successful liver transplant in 2017 and now wows her doctors with her dance moves.  She is an Honorary Construction Manager for Children’s at Arthur M. Blank Hospital.